The New York Red Bulls are about to play the second leg of their round 16 concacaf champions league tie against Atlético Pantoja, which is immediately followed up by beginning of the 2019 MLS Season. 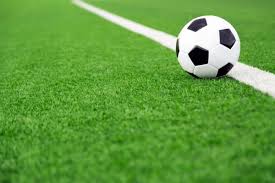 One of the rewards of being consistently towards the top of the MLS Standings, is that it confirms New York Red Bulls qualification for the CONCACAF Champions League (CCL). This is a competition that determines the best club in North America. It often comes down to a face-off between the MLS and the Mexican liga MX.

The New York Red Bulls will play in the CCL on Wednesday 27th of February, then travel to Columbus for their season opener on Saturday 2nd of march. That is a lot of soccer in not a lot of time.

Both games are crucial, as they would fancy their chances of a quarter final qualification and starting the Major league soccer season on a high. Unlike other north America soccer leagues, the MLS has a relatively short off season duration. Which is then followed by the regular season. The Red Bulls 2019 season began a few days ago in leg one of the CCL. Which was barely months after almost taking their 2018 MLS Season the distance. They narrowly missed their goal of winning the MLS cup, after they were knocked out in the Eastern final, knowing full well that the following season comes in no time

The Red Bulls who had a short off season period compared to other MLS teams, will beshuttling between two different tournaments, with none of the two less important than other, and would no doubt be taken seriously. In other to avoid their schedule taking its toll on their players, the Red Bulls will have to rotate the players on the roster on terms of starting eleven, in their fixtures across both competitions. They might have to sacrifice their best players in certain fixtures to avoid curb fatigue.

In all there are a lot of trophies to be won and the Red Bulls with their reputation will go out for all.